With a Dunk and a Smile, Columbus Native Became a Basketball Star

We know that at this time of year, everyone’s focused on the Final Four. We are, too, despite OSU’s early exit from the tournament (Boo!). However, we also know that there’s other basketball out there to be enjoyed. And arguably there’s no basketball more focused on pure enjoyment than that practiced by the Harlem Globetrotters. Their shows are part theater, part dance, and part basketball, but all about fun. So it was nice to catch up with Columbus native Zeus McClurkin, who found a place on the roster of the Globetrotters after being told that he was too nice for competitive basketball. 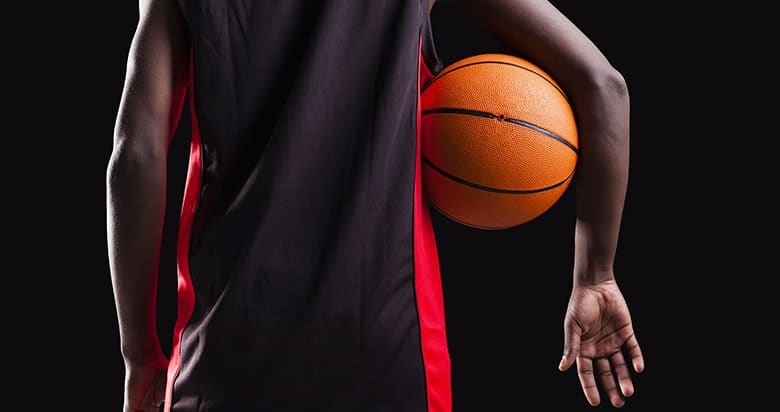 McClurkin loved basketball since he was a child, but the sport had no interest in him. He was constantly trying out, but from sixth through tenth grades he was cut from every team he tried out for. He couldn’t find his place, but that didn’t stop him from trying.

Then his persistence met opportunity one summer when he grew five inches. All of a sudden, his stature brought the basketball coaches to him. But the coaches found out there were other reasons why McClurkin might not be a good match for their teams. They said that in order to succeed at basketball, you had to have a killer instinct. But McClurkin just didn’t have it. He was too busy having fun and wanting everyone else to have fun. He said that one coach told him, “all you do is smile and dunk and that’s not going to work for you.” But as with all great success stories, McClurkin found a way to turn his perceived weakness into a strength.

A Dream Made Real

Like many of us, McClurkin’s first exposure to the Harlem Globetrotters came from their guest appearances on Scooby-Doo. So perhaps he can be forgiven for believing that they weren’t a real team.

It wasn’t until he had the (mis?)fortune of playing against them in his early 20s that he realized they were for real. Not only that, they were the team of his dreams. Here were some people who played basketball as he imagined it should be played: all for fun. So he made it his goal to join the Globetrotters.

And it turned out the very things that made him a bad fit for most basketball teams made him a perfect fit for the Globetrotters. They welcomed his fun-loving spirit and his desire to spread joy through the game. And he came to appreciate the mission of the Globetrotters as they visited hospitals and schools to help kids. And along the way he set a couple of Guinness World Records: the most slam dunks in a minute (16), and the most bounced 3-pointers in a minute (5).

People are fond of telling you that you’ll never get anywhere with a smile. But the truth is that you’ll get further with a smile than you will without one. That’s because your smile has an inherent ability to spread joy. It makes people like you and builds trust.

So no matter what your main skills, your smile can be a crucial asset. It’s important to make sure you’re protecting it.

For help protecting your smile or achieving the perfect smile in Columbus, OH, please call (614) 848-5001 today for an appointment with cosmetic dentist Dr. Mike Firouzian.