Art Exhibition in Worthington Highlights the Powerful Smiles of Veterans

Last week, a new exhibit opened at the Peggy R. McConnell Arts Center, focused on the power of veterans’ smiles. Artist Suzanne Gallagher, based in Columbus, said to WCMH that she wanted to confront the problem of suicide among US servicemen and women with “proof” that other veterans had faced the problem and “got through.” The proof she offers? Portraits of veterans with short quotes about how they faced and overcame the psychological challenges that come with service to the country. Katie Kramer, speaking for the McConnell Arts Center, said they wanted to highlight to the community that “veterans are particularly important.” The exhibit will run through March, and is free to the public. 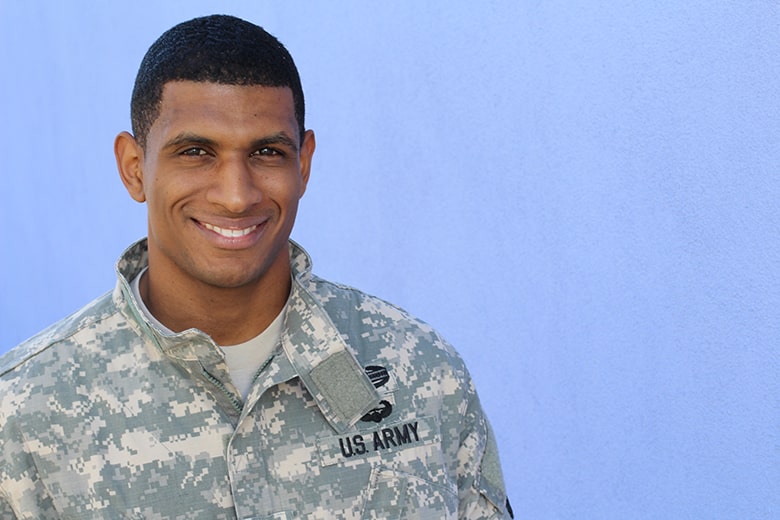 A Growing Body of Portraits

Gallagher has been working on this project for years. The project’s Facebook page shows a launch party in March 2014. Since then, Gallagher has slowly been building awareness for her project and her paintings with small events at outdoor shows and small galleries. The project’s website also collects images of nearly 30 of the paintings, along with short snippets of the veterans’ stories.

The Power of Smiles

Gallagher is confronting a serious issue here, but her chosen tactic is intentionally light. Over the years, a big part of her project has been just increasing awareness. It is important for people to understand that every day 20 US veterans commit suicide, according to the Department of Veteran Affairs.

But beyond the simple question of awareness, Gallagher wanted to create something that could be a genuine add to veterans who might be passing through dark times right now. For that, portraying smiles is an excellent choice. Smiles aren’t just expressions of happiness, they’re a social signal that invites participation. Seeing other people smile can trigger us to smile, which, in turn, can trigger the release of chemicals in the brain that causes us to feel better. Looking at other veterans’ smiles could potentially cause veterans visiting the exhibit to feel better themselves.

The exhibition is designed to reach out to as many veterans as possible. Gallagher has tried hard to include veterans of all ages and races, both men and women. This diversity of population encourages more people to look at the portraits and see themselves. The hope is that people visiting the exhibition will gain resiliency from the people they see, and, in Gallaghers words, avoid making “a permanent decision to a temporary problem.”

We like to see local art focused on an uplifting and important social issue, especially one that highlights how important smiles are. Cosmetic dentist Dr. Mike Firouzian works with people every day who understand that their smile is important not just for their own self-image, but also for those around them.

The McConnell Arts Center is just 10 minutes from our office. If you see the show, let us know what you think. And, of course, we encourage you to look at our own smile gallery. They’re not all veterans, but they are particularly important to us!