In one of those bizarre stories we hear from time to time, after wisdom tooth extraction, a man saved the teeth and put one of them in an engagement ring he used to propose to his girlfriend on Halloween. Although many people might have been unhappy with this potentially macabre statement of his affection, she was delighted. 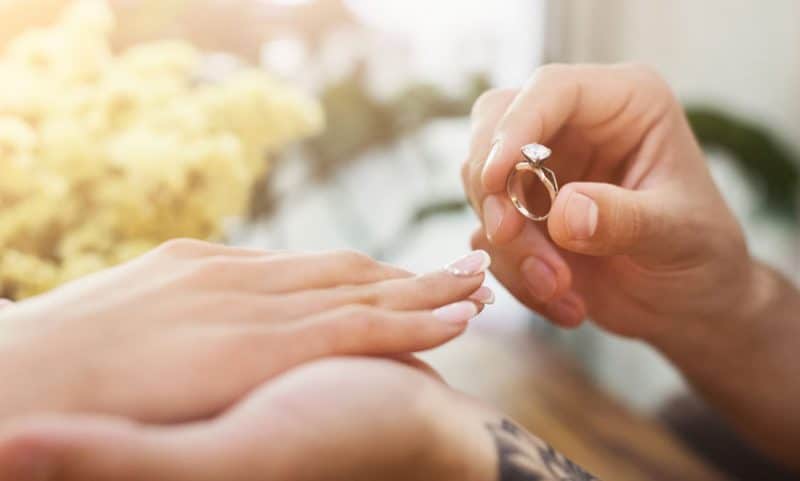 The Tooth Is: I Love You

The man had his wisdom teeth extracted when he was 17, but he held onto it until, at age 23, he found the right woman to give it to.

Wisely, he didn’t spring this on her as a surprise. They had talked about the idea and had taken it together to a jeweler, who had never before mounted a tooth in a ring, but, based on the pictures, did a good job anyway. The two of them profess their love for “oddities,” and it’s part of their plan to have a fun and unusual wedding in Las Vegas, presided over by an Elvis impersonator.

And unlike many women, the bride-to-be isn’t disappointed about not getting a diamond in her engagement ring. She pooh-poohed the idea that diamonds are a girl’s best friend, instead embracing her fiance as her best friend. She also notes that while most men would just buy a diamond for their fiancee, he actually grew this “gem” in his body for her.

And, when you think of it, it is a truly special centerpoint. It’s comparable to ivory in color and composition. Tooth enamel is also very precious: once it’s lost, it can never be replaced. Besides: it’s responsibly sourced. No worry that you’re purchasing a “conflict diamond.”

You Can Get Your Wisdom Teeth Back

Like the man in this story, you can actually get your wisdom teeth back after an extraction. They’re yours, after all, and, although we’ll dispose of them as required if you don’t ask, just ask us and we’ll give them back to you. The same goes for teeth removed for gum disease, and even old fillings and crowns.

But remember to let us know before the procedure starts. If you wait until the day of the extraction, you’re likely to forget or not even notice when your tooth is gone–it can be that quick and easy to remove them.

If you are looking for wisdom tooth extraction, please call (614) 848-5001 for an appointment with a Columbus, Ohio dentist at Firouzian Dentistry.