As part of a new marketing push at the end of the school year, Invisalign is promoting the results of its recent survey of teens on crooked teeth, braces, and social media. The survey found, predictably, that most teens were bothered, to at least some extent, by braces. Although the survey was conducted in September of last year, it has been invoked as part of the company’s new “Unbrace Teen Confidence” push. 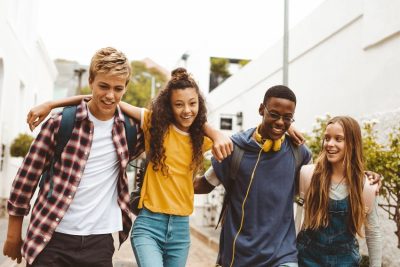 What is the most important result of the survey depends on what media outlet is spinning it. A lot of people focused on the fact that more than half (54%) of teens felt their lives would be better without social media. Perhaps that’s because 40% of them felt that their appearance was being judged more harshly on social media than in person.

Finding the Right Orthodontics for You

There are many reasons why teens are happy that Invisalign is an option for them, and not just from a social standpoint. Many teens’ favorite foods are on the foods to avoid list for braces — pizza, popcorn, bagels, burgers — which can definitely cause problems fitting in with braces. And then there’s the problem of hygiene. For many teens, just getting them to brush their teeth can be a chore, and when you add in the comprehensive hygiene for braces, it’s even worse. (Though Invisalign has its own hygiene challenges.)

But not all teens are good candidates for Invisalign. If you’re going to commit to orthodontics, it’s important to get the solution that will give the best results for your teen, including neuromuscular orthodontics if your teen is developing TMJ (which often appears during the teenage years).

If you would like to learn more about the best orthodontic options for your teen, please call (614) 848-5001 for an appointment with a Columbus, OH cosmetic dentist at Firouzian Dentistry.