You might blame the modern diet for increasing rates of heart disease and gum disease, but new research reveals that the ancient Egyptians suffered from the same diseases and allowed researchers to determine the cause of death for a 3500-year-old mummy. We know that gum disease and other oral disease was common among the Egyptians, and it’s beginning to seem that heart disease, which we know is related to gum disease, was also very common. 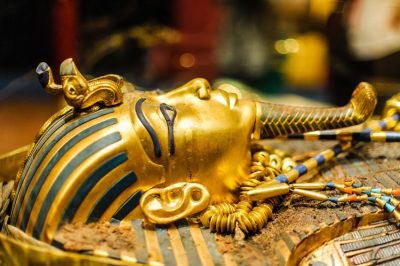 The ancient Egyptians suffered a number of dental problems. The biggest problem they faced was dental wear. About 90% of mummies show significant evidence of dental wear, with many of them suffering severe wear that penetrated past the enamel, through the dentin, and into the soft pulp, the living part of the tooth.

Egyptians didn’t suffer the same number of cavities that we did because tooth wear literally wore down their teeth faster than the cavities could develop. But when the tooth wear reached the pulp, teeth commonly became infected, and caused serious damage.

Gum disease was very common. Most Egyptians probably suffered from some degree of gum disease, and severe gum disease, which results in bone loss that can be seen in the remains, afflicted about 18% of the population.

It’s easy to see how Egyptologists could document dental diseases from the hard tissues that remain, but what about heart disease, which relates to soft tissues that are not as commonly preserved? Well, the Egyptians did us a solid on this one, because their mummification techniques helped preserve a lot of the evidence. This allows us to scan the blood vessels, which show hardened deposits known as atherosclerosis, which are associated with high blood pressure and heart disease. Modern study of these hard deposits also shows they contain oral bacteria, showing the strong connection between heart disease and gum disease.

The only problem is that we often can’t get to much of the evidence, because many of the organs are removed and placed in canopic jars where they can’t normally be scanned.

But in the recent case of a 3500-year-old keeper of stables, researchers had greater access to his organs because tomb raiders hand broken several of the canopic jars, allowing more scans and even tissue samples. They confirmed that he had died of heart disease based on buildups in his blood vessel and characteristic damage to his lungs.

He also suffered from terrible gum disease, helping to solidify the connection between the diseases. The gum disease resulted in the loss of multiple teeth, and because they didn’t have dental implants then, the teeth were not replaced.

If you don’t want to die like an Egyptian, we recommend you make regular dental visits to help prevent gum disease and its unhealthy consequences. If you’re looking for a Columbus dentist to help maintain your oral health, please call (614) 848-5001 for an appointment at Firouzian Dentistry today.